MINNEAPOLIS (WCCO) — If you’re feeling the chilly temperatures but not seeing the fall colors, you’re not alone. A Minnesota Department of Natural Resources comparison says this year’s leaves are changing later than usual.

Leaves change color mid-September to early October in northern Minnesota, and end mid-October in the most southern cities like Rochester and Albert Lea.

The DNR says fall colors are mostly determined by weather. The most vibrant colors are seen when a humid, warm summer is exposed to cool, fall days. 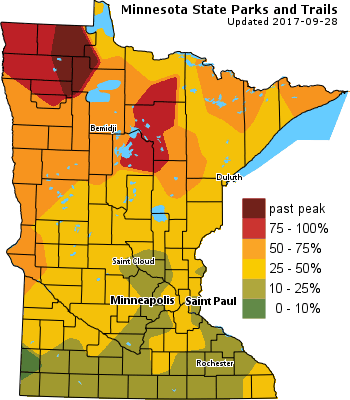 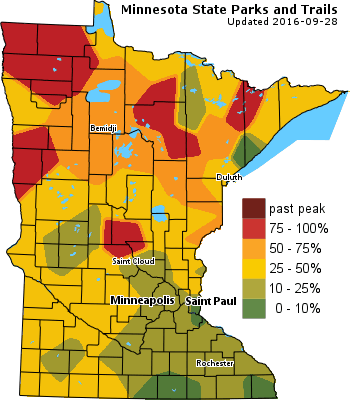 Even the smallest change in September weather can cause colors to slow, whether it’s too cold, warm, dry or wet.

When the time does come for those yellow and orange colors, the North Shore and Iron Range loop are some of the best places to catch a glimpse, according to Explore Minnesota. Also listed are places closer to the Twin Cities, like Minnehaha Falls and William O’Brien State Park.