MINNEAPOLIS (WCCO) — Sporadic showers should continue throughout parts of Saturday, but it shouldn’t hinder plans for those who want to go out and see all the fall colors.

According to WCCO meteorologist Lisa Meadows, showers in the Twin Cities should be done by about 10 p.m.

The rain is expected to continue Saturday night for east central Minnesota and western Wisconsin, but will then dry out by Sunday.

The rest of the weekend will be above average though cooler than we’ve recently experienced.

Sunday looks a bit more sunny with high temperatures in the upper 60s.

Meanwhile, it might be the best weekend to see fall colors in the northern part of Minnesota. 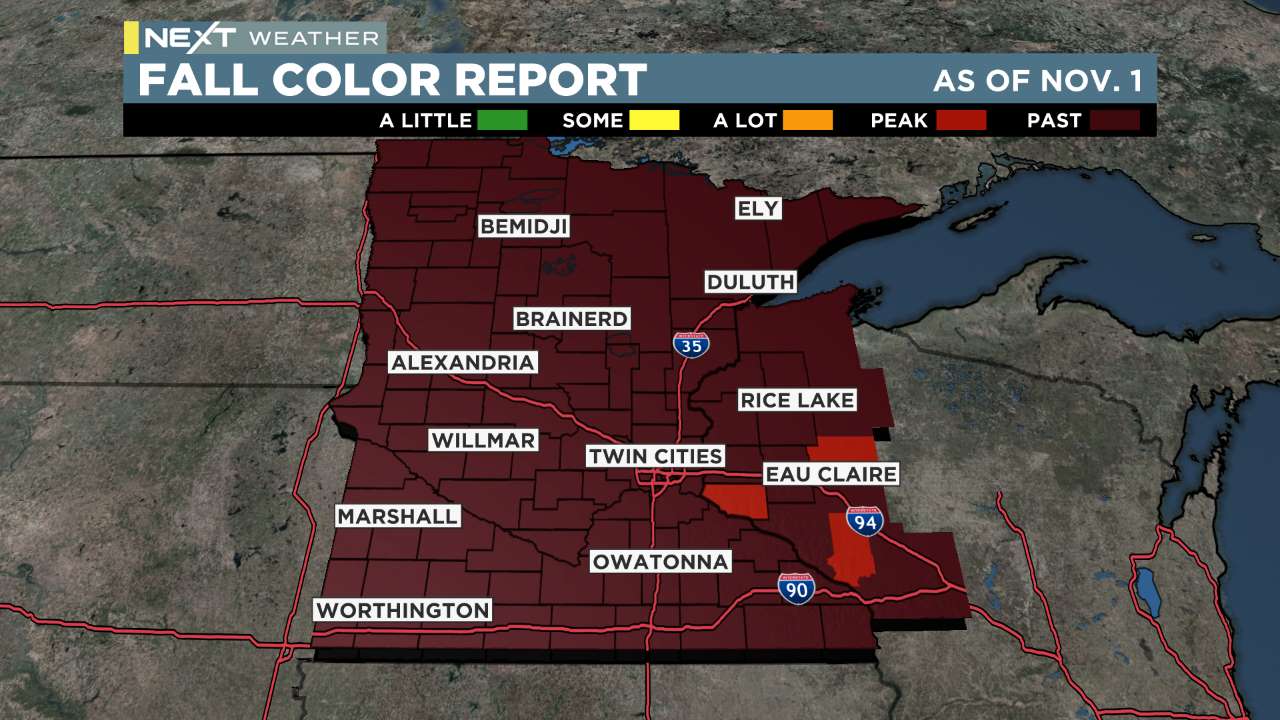 It looks like dry weather into late next week before another chance for some stormy activity.